A special thanks to our Platinum Sponsors:

Operating in more than 20 countries, and with a presence on all continents, Swiss Re is one of the world’s largest and most diversified reinsurers. It complements a proven reinsurance portfolio for Property & Casualty and Life & Health with insurance-based corporate finance solutions and services for comprehensive risk management.

With some 600 professors, 16,000 staff (13,000 full-time equivalents) and 20,000 undergraduate and post-graduate students, the Swiss Federal Institutes of Technology in Zurich and Lausanne and the four application-oriented research institutes – the Paul Scherrer Institute (PSI), the Swiss Federal Institute for Forest, Snow and Landscape Research (WSL), the Materials Science and Technology Research Institution (EMPA) and the Swiss Federal Institute of Aquatic Science and Technology (Eawag) – produce scientific achievements of the highest calibre. Together they constitute the ETH Domain under the strategic leadership of the ETH Board as the supervisory body. Appointed by the Swiss Federal Council, the ETH Board allocates funds to the six institutions within the guidelines set by the government, and administers their real-estate holdings on a fiduciary basis. It is presently composed of a president, a vice president and eight further members from the worlds of science and commerce and industry. The ETH Board is responsible for fulfilling and implementing the science policy performance mandate set by the Federal Council and the Federal Parliament and for the four-year strategy for the ETH-Domain. It is also responsible for the allocation of Federal funding within the ETH-Domain.

If your support exceeds 100,000 CHF, either as a single donation or as the sum of your sponsorship over several years, you'll take advantage of all Platinum Sponsor benefits.

The Swiss Agency for Development and Cooperation SDC is Switzerland's international cooperation agency within the Federal Department of Foreign Affairs FDFA. In operating with other federal offices concerned, SDC is responsible for the overall coordination of development activities and cooperation with Eastern Europe, as well as the humanitarian aid delivered by the Swiss Confederation. 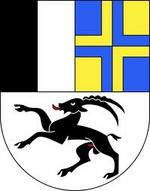 Graubünden, is not only GRF Davos' home canton it is also Switzerland’s only tri-lingual canton, is a place of economical, cultural and political diversity. The Romansh language and culture is an important part of the Graubünden’s character, which also boasts a beautiful countryside and tourist attractions.

In terms of surface, Graubünden is the largest canton, yet at the same time it is the most sparsely populated with about 192,000 inhabitants. The capital, Chur, which is the oldest city in Switzerland, has a population of about 33,000.

In addition to cultural and linguistic diversity, Graubünden also offers purity of nature: 615 lakes, more than 900 mountain tops and 150 valleys.

The cultural diversity, the beautiful countryside and the effective infrastructure with hospitable hotels, mountain railways, baths, spas and sports facilities are decisive factors in making Graubünden a leading vacation destination both in winter and in summer. Every region has its own specific character in this “land of 150 valleys”. 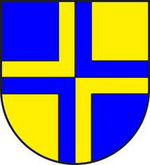 GRF Davos' home town, is not only the highest-altitude town in Europe ( 1’560 m asl, 5.100 feet)I it is also the largest resort in Switzerland in terms of surface area (284 km2, 110 square miles ). In 2001, Davos became the first municipality in Graubünden to be officially awarded the coveted label of Energy City by the Swiss Federal Office for Energy and its supporting association, Energy City Label. As an Energy City, Davos pledges to practice a sustainable and result-oriented energy policy. The Energy City wants to institute measures to improve the balance of CO2 and further climate protection.

Davos is also a world known congress destination combining many years of tradition with the most modern infrastructure – unrivalled by any other Alpine resort and a congress destination with a state-of-the-art congress centre.a fascinating natural mountain world and a diversity of sporting, leisure and cultural attractions.